From the Eco Farm, we make the last leg of the journey down to Narbonne.. Well.. actually to the  middle of nowhere in a valley about 40km from Narbonne but that’s the nearest big town where our friends are living in a small Co-Op.

It’s exactly the type of place that should be prescribed for happy simple living. Sunshine, loads of space,  free range children, alpacas etc etc.. In the summer anyway. (Lyla told me the baby alpaca went on the trampoline. I am not sure I believe her?) 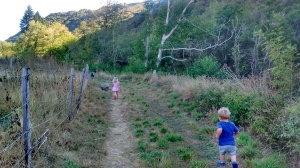 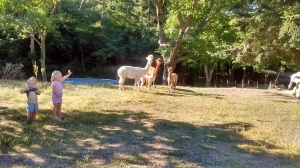 Getting back to basics really feels like a  release for me and the more I take away (material things wise) the happier I seem to feel. That might just be me, though!

A BIT ABOUT CO CO-OPERATIVE HOUSING

Our friends live in a small co-op which is still finding its feet but while we there over we went to visit a much more established place. From what I gather co-ops in France are much more popular than in the UK.

Co-ops are a group of people who live together and all have an equal share in the running of the place. Some own it together and some co-ops are owned by others or even councils.

The big one we visited was called Cooperative Craviola and website is here http://www.cravirola.com 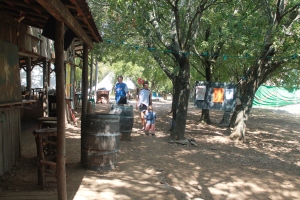 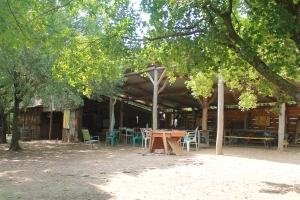 Cooperative Craviola is owned by about 10 people and in the summer they open it up for camping, where people can become temporary members for the time that they stay. It’s like a hidden  hippy village in the middle of nowhere with a large old gite with a swimming pool  and then lots of communal areas all made beautifully from the natural resources as well as having a really cool vibe and a bar.  They have all sorts of events and speakers and while we visited we watched a kid circus performance. The children who have been camping with their families for the week as a sort of alternative holiday kids club can learn circus skills in the week and then do a performance at the end of their stay. It was so cool and inspiring. I wish there was something like that near us!

No one is paid for any for any work they put into the running of the co-operative.  The whole point is that you are doing for the good of the whole entity. At Cooperative Craviola, everyone who is staying there on a temporary co-operative membership is encouraged to help out with the everyday running of the place as part of their temporary membership.

While down south we did a lot of wild swimming in lakes, rivers and the sea. France is full of really good lakes and a lot of the rivers running through towns and villages they slightly dammed up the river to make a natural pool for swimmers. You could just drive anywhere in France and stay in a gite with a local lake or river and be totally happy the whole time.

On the way back we missioned for one stop in Cluny again which is a really nice town in the middle of France.  Then we made the last trip up the road to Dunkirk. We had booked a hotel there for the night as our ferry was early in the morning.

I really wanted to go and give some stuff the refugee’s stuck in Calais but after checking their facebook group it became apparent that what I thought we could bring was not what they needed. I thought there would be women and children their needing stuff but in fact, all though there are some women and children, the majority of people there are men and what they need is winter clothes, waterproof’s, crockery, pallets, tents, wood etc. You can check the situation and see how you can help here https://www.facebook.com/groups/CalaisMigrantSolidarityActionFromUK.

I am not sure why everyone keeps calling them migrants? Is this to make us think that they are coming here for work to steal our jobs or to detract from the fact that they are in fact refugee’s fleeing for their lives, desperate and being treated disgustingly.

WHAT HAVE I SIGNED UP FOR!

….as I could not help when we were in France like I had wanted to do, I am going to run the Bath Half Marathon raising money for the charity

‘ Doctors of the World’ for their Calais appeal.  http://www.doctorsoftheworld.org.uk/pages/calais-appeal

As a past NHS worker for 10 years, I am extremely passionate about our health care system and how lucky we are.

Doctors of the world are meeting the health needs of vulnerable people globally and are there in Calais now helping out these people who were unfortunate enough to be born on a different piece of land from us.

If they can make the journey that they have then I can most definately run 13 miles. We went from Dunkirk and there was a few men just standing there in the vast openess of the wasteland before you get to the docks with nothing.  Its a profund image that I dont think I will forget and I am sure will spur me on in training and on the day. What journey had they been on?

You can sponsor me here

12 thoughts on “THE NEXT FRANCE BIT…co-operative living, wild swimming and refugee’s”